The new iteration of the company’s VR developer event will be taking place digitally on September 16th. In addition to its focus on VR, Facebook Connect will also give more time to the company’s work in AR and to other products such as its Portal video calling service. The company says, though, that VR will remain the priority at this year’s event.

In light of the COVID-19 pandemic, Facebook Connect will be hosted entirely online, with its keynote and subsequent sessions available to watch for everyone for free.

At the same time, Facebook is announcing it’s renaming its entire VR/AR division to Facebook Reality Lab. In a blog post, Facebook VP of VR and AR Andrew Bosworth said that this year’s show will share more on “on our vision for Facebook Reality Labs and the latest innovations from our team and developer community.”

Facebook’s VR developer conferences started back in 2014 as Oculus Connect. At that initial show, Facebook founders like Palmer Luckey, Brendan Iribe and Nate Mitchell discussed the future of the platform as they prepared to release the first Oculus Rift. Each successive Connect was counted consecutively (Oculus Connect 2 in 2015 and so on). The Rift eventually released, but the event’s focus on the future remained.

In 2020, what would have been Oculus Connect 7 will be held with none of Oculus’ original founders still onboard, two weeks before Facebook will require all new sign-ins on Oculus devices to use a Facebook account. This year’s show is widely expected to reveal a new iteration of the Oculus Quest standalone headset, which has been subject to heavy leaks in the past few weeks.

We’ll be on-hand to cover the show extensively. What are you hoping to see at Facebook Connect? Let us know in the comment below. 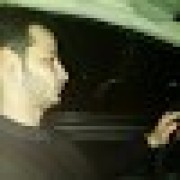 Kat Walk C Campaign Ends At $1.6 Mill. They Are Adding A New Feature.